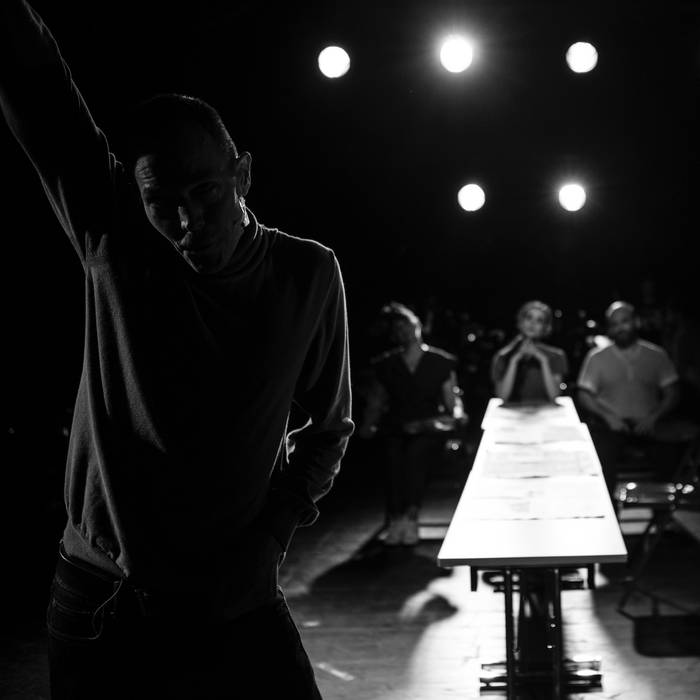 'Prisons For Profit' is the neighbour release of 'It's All True' [SLP040], New York ensemble Object Collection's opera-in-suspension based on the live archives of iconic underground band Fugazi.

Collected here are two more tracks - “Prisons For Profit”, and “Male Lame-Asses” - alongside the LP cut "What's The Problem".

'Prisons For Profit' [SLP041] is available on 7” red vinyl from September 2017. Artwork features photography from Henrik Beck, plus a fold-out double-sided A4 print featuring both performance text and liner notes. Mixed by Travis Just and Philip White. Mastered and cut by Josh Bonati.

Object Collection was founded in 2004 by writer/director Kara Feely and composer/musician Travis Just. Based in Brooklyn, the group operates within the intersecting practices of performance, experimental music and theater. They are concerned with simultaneity, complexity, and radicality, combining dense layers of text, notation, objects and processes. They work to give audiences unconventional viewing experiences through our merging of theatricality and pedestrian activity. Their works upset habitual notions of time, pace, progression and virtuosity. They value accumulation above cohesion.